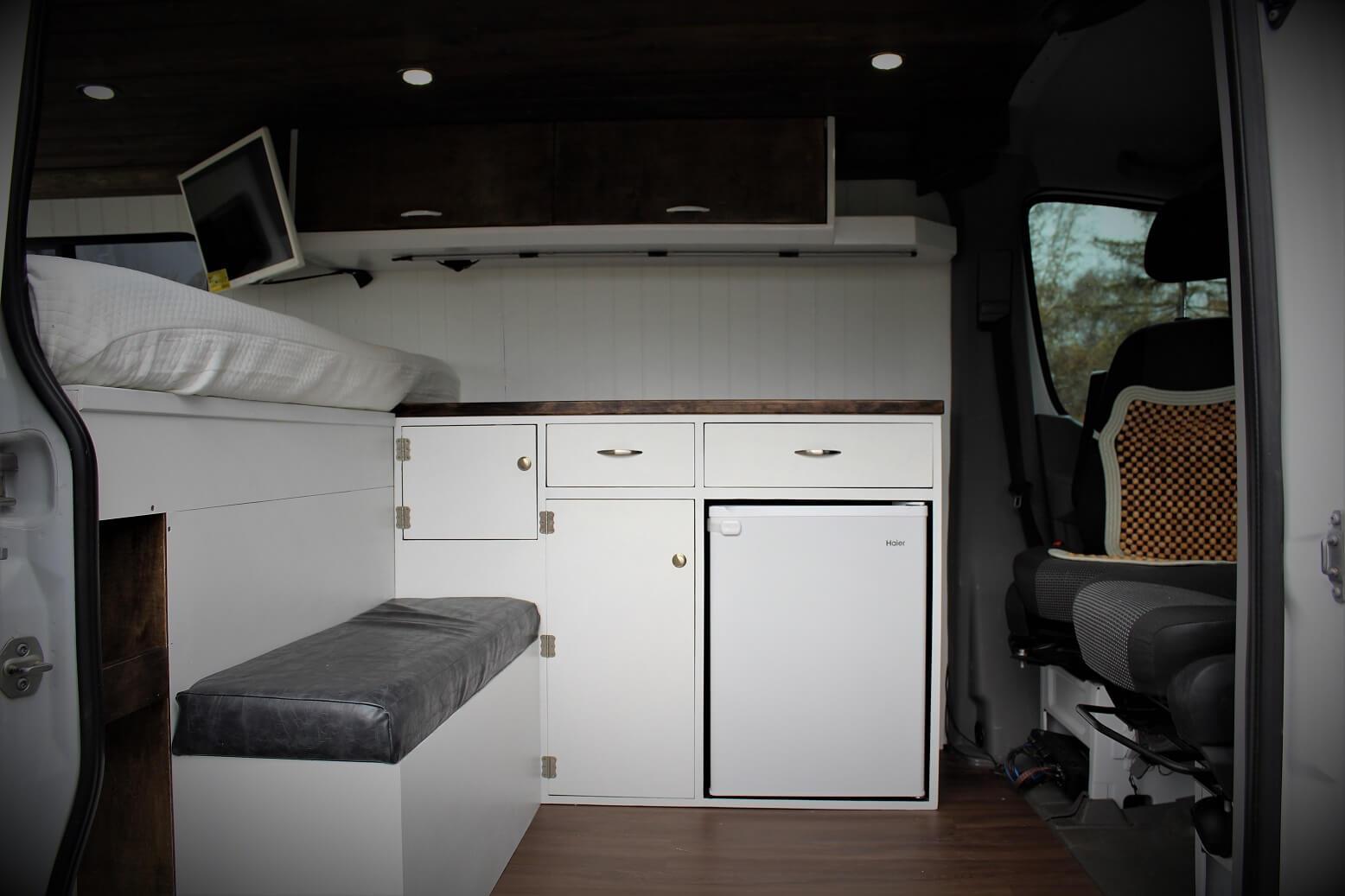 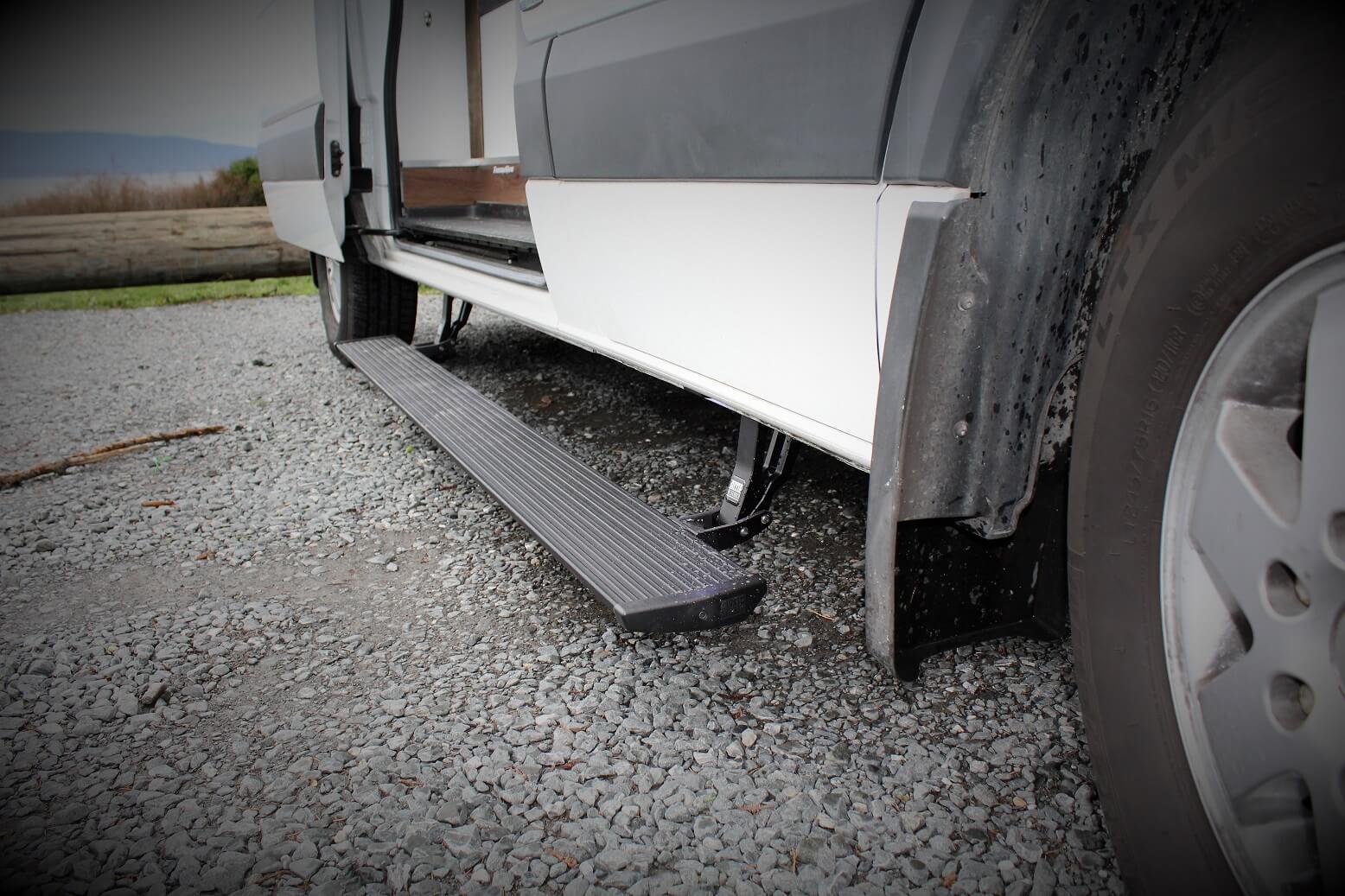 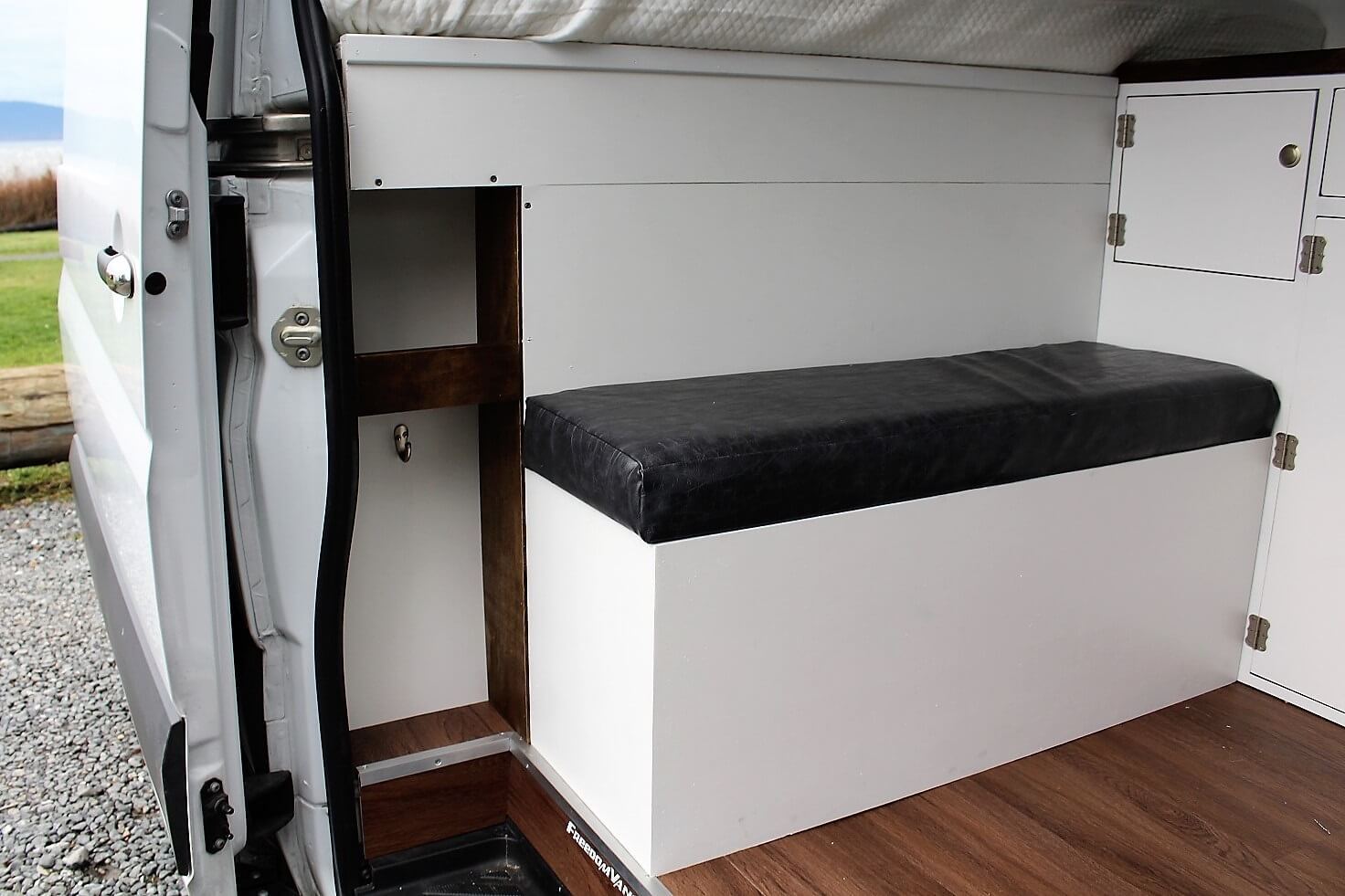 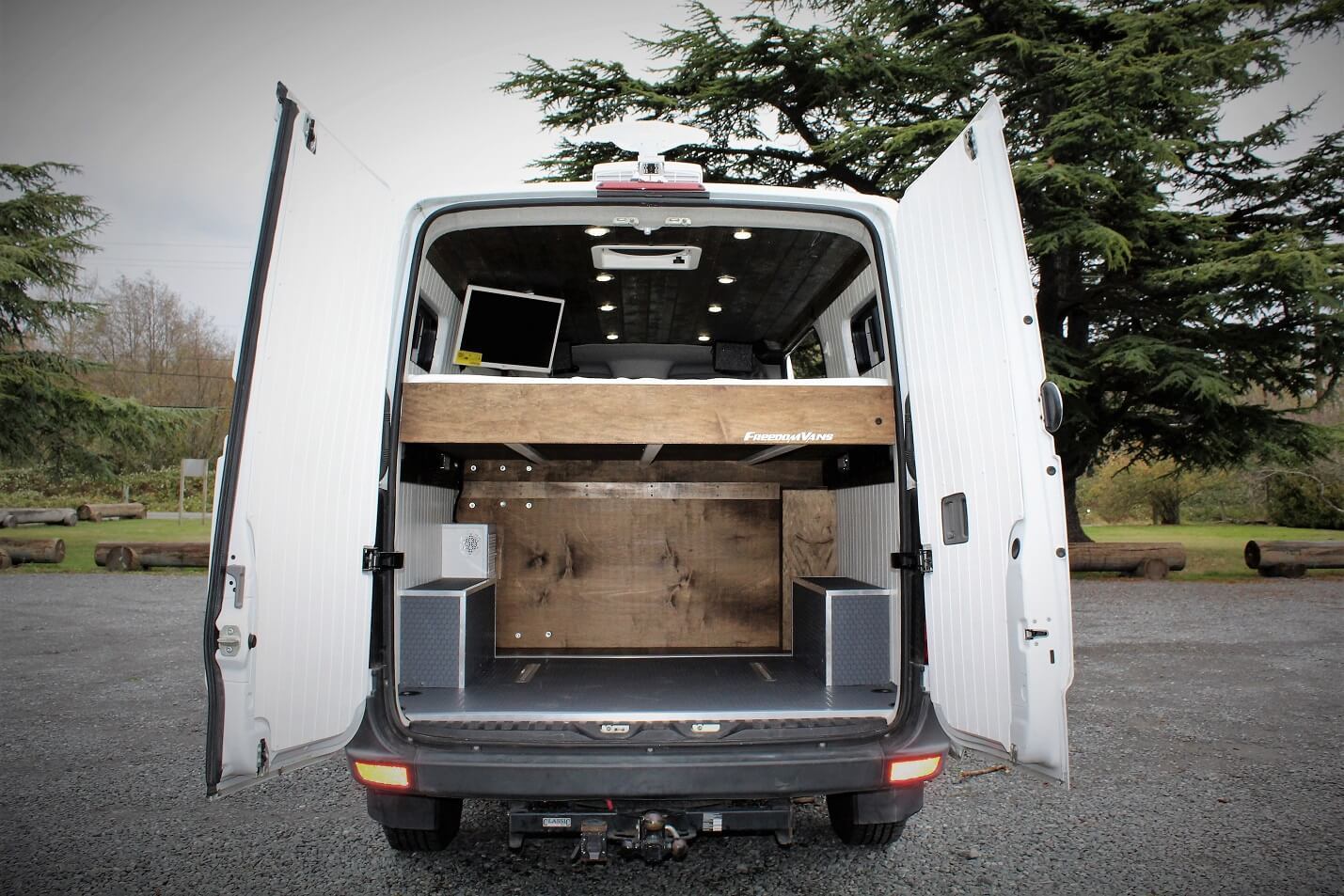 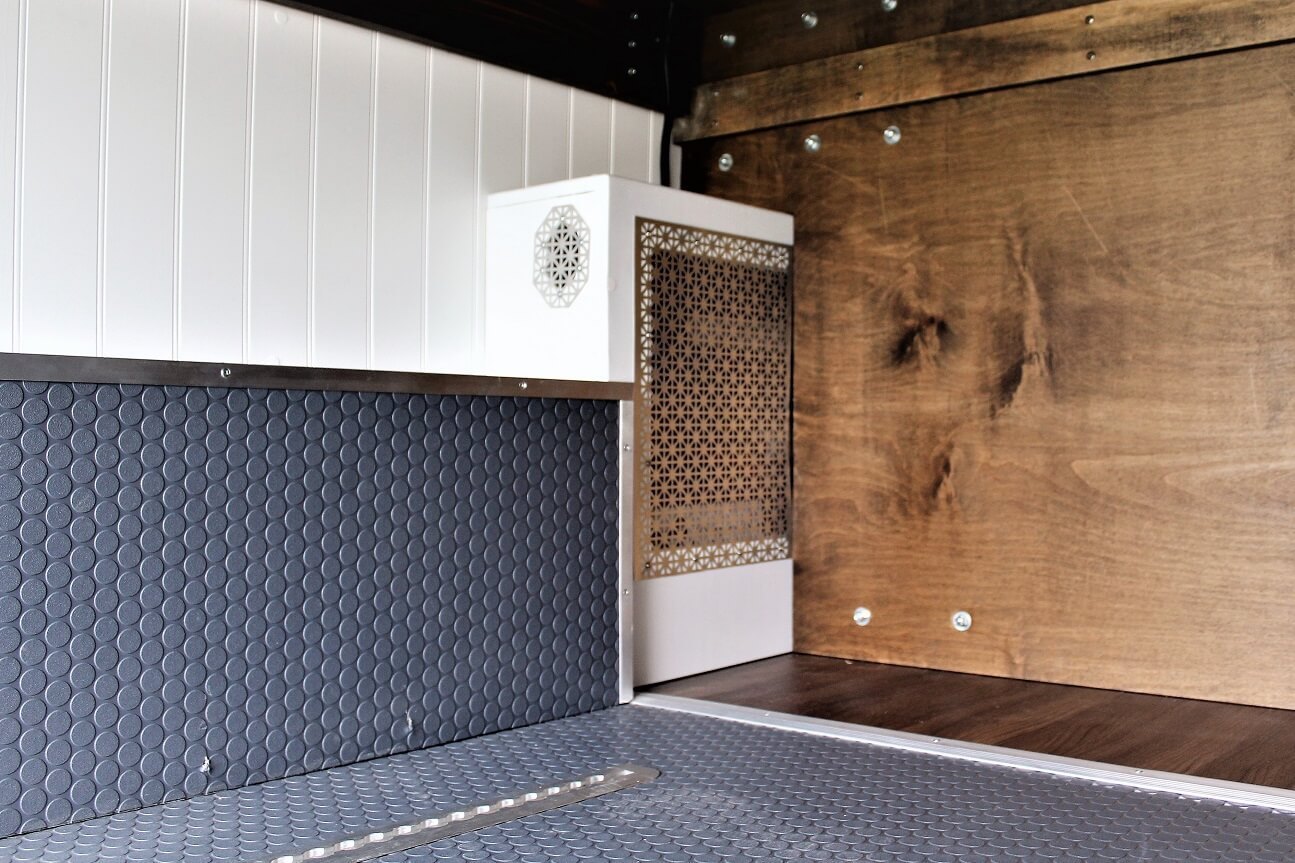 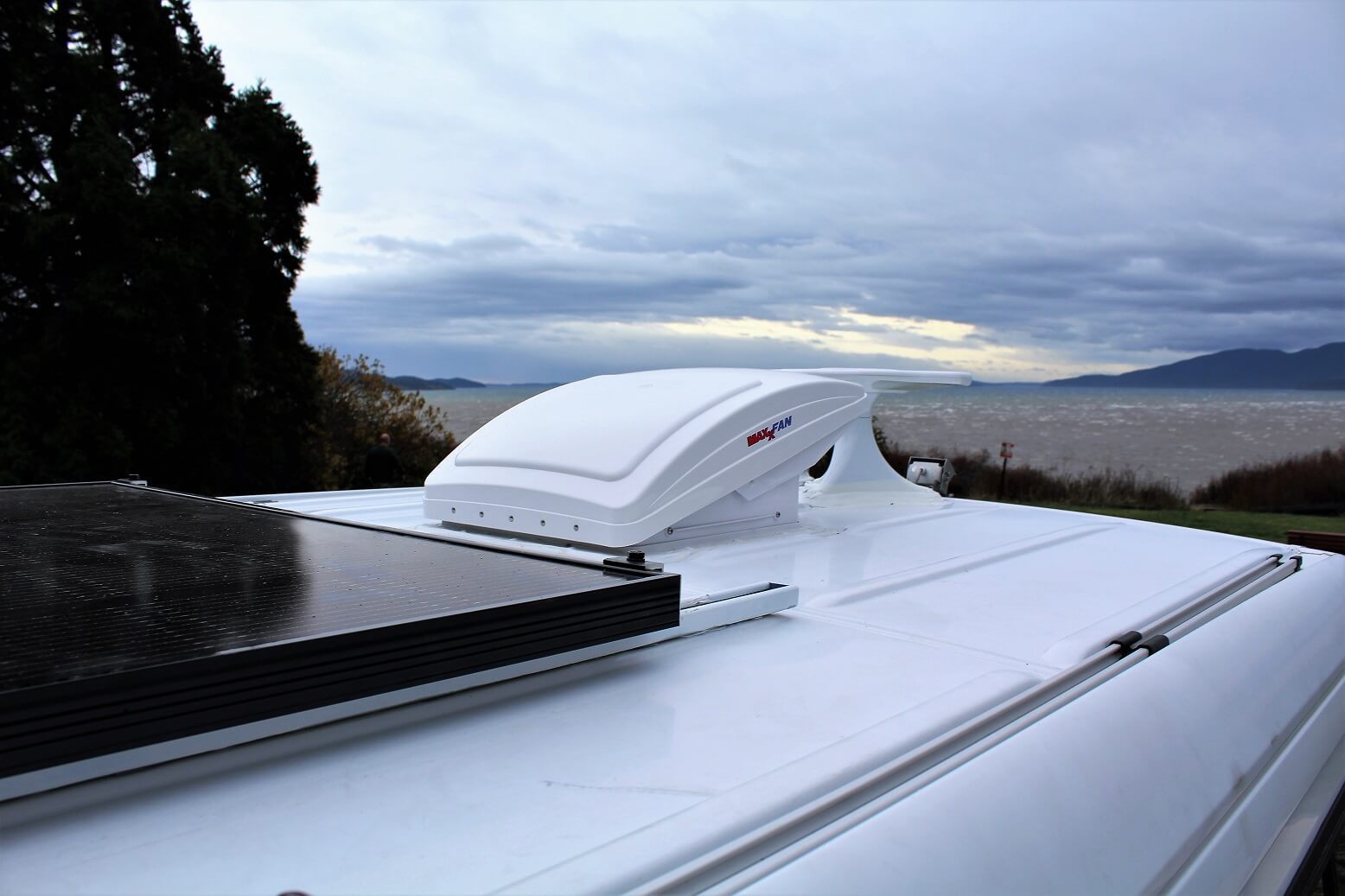 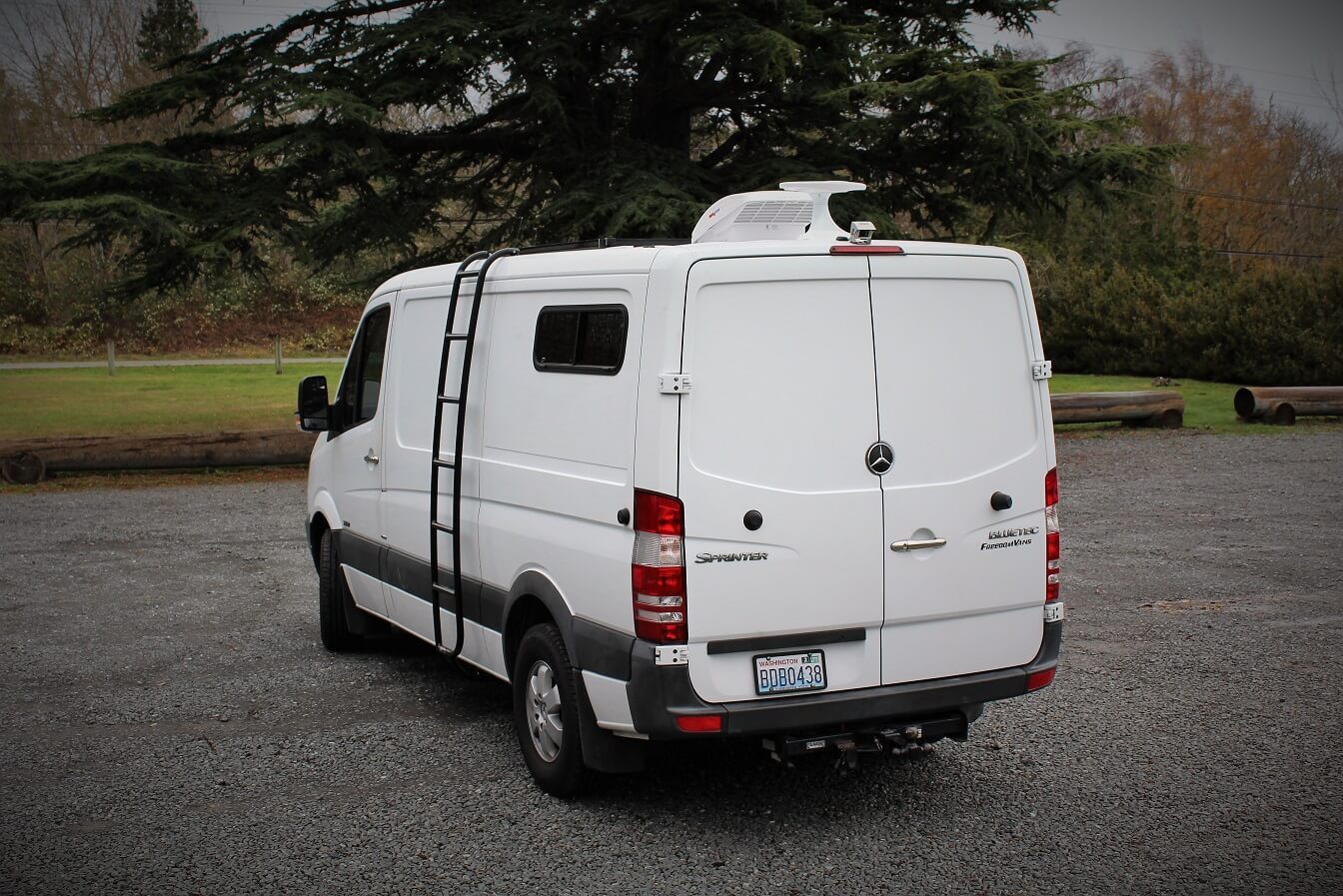 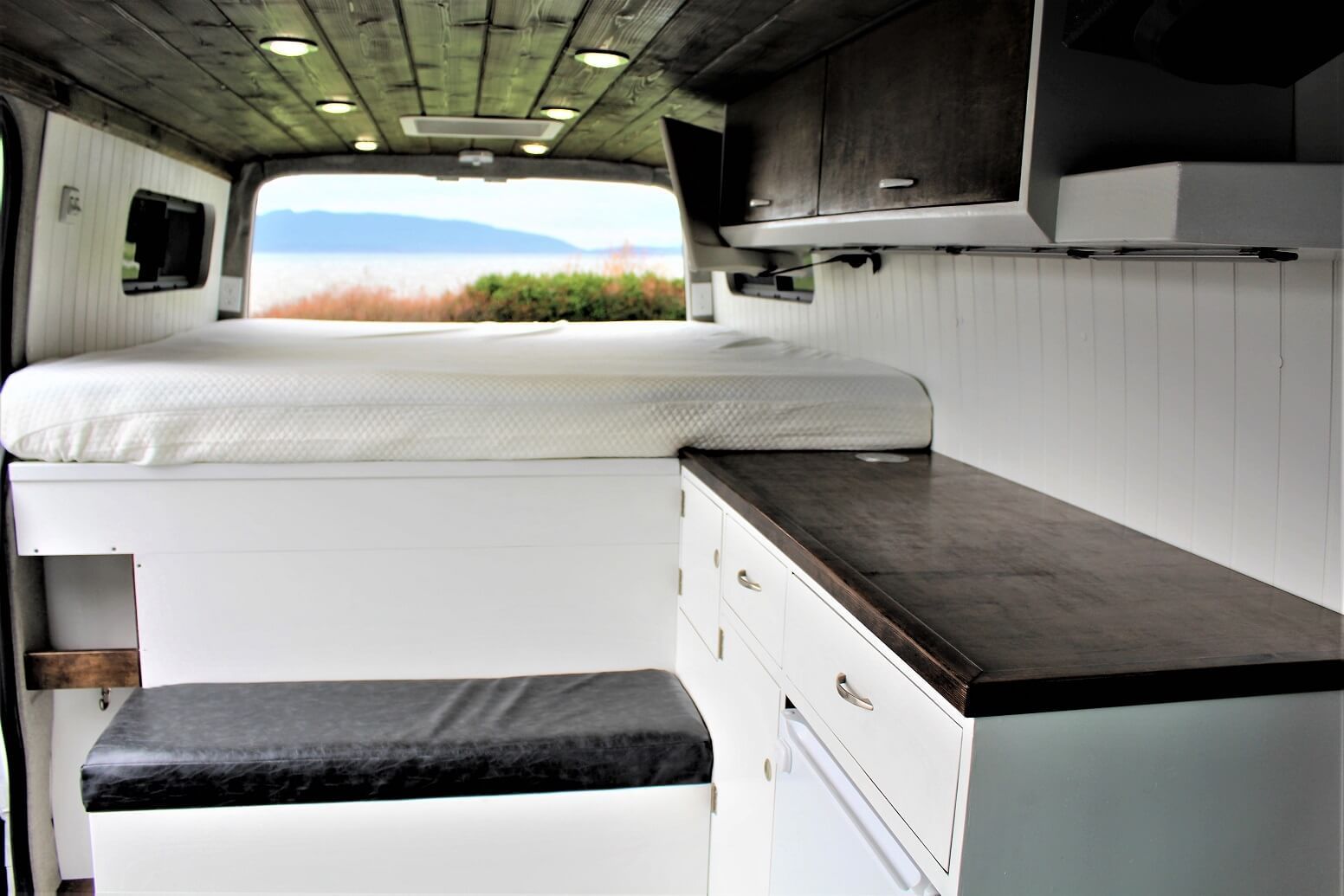 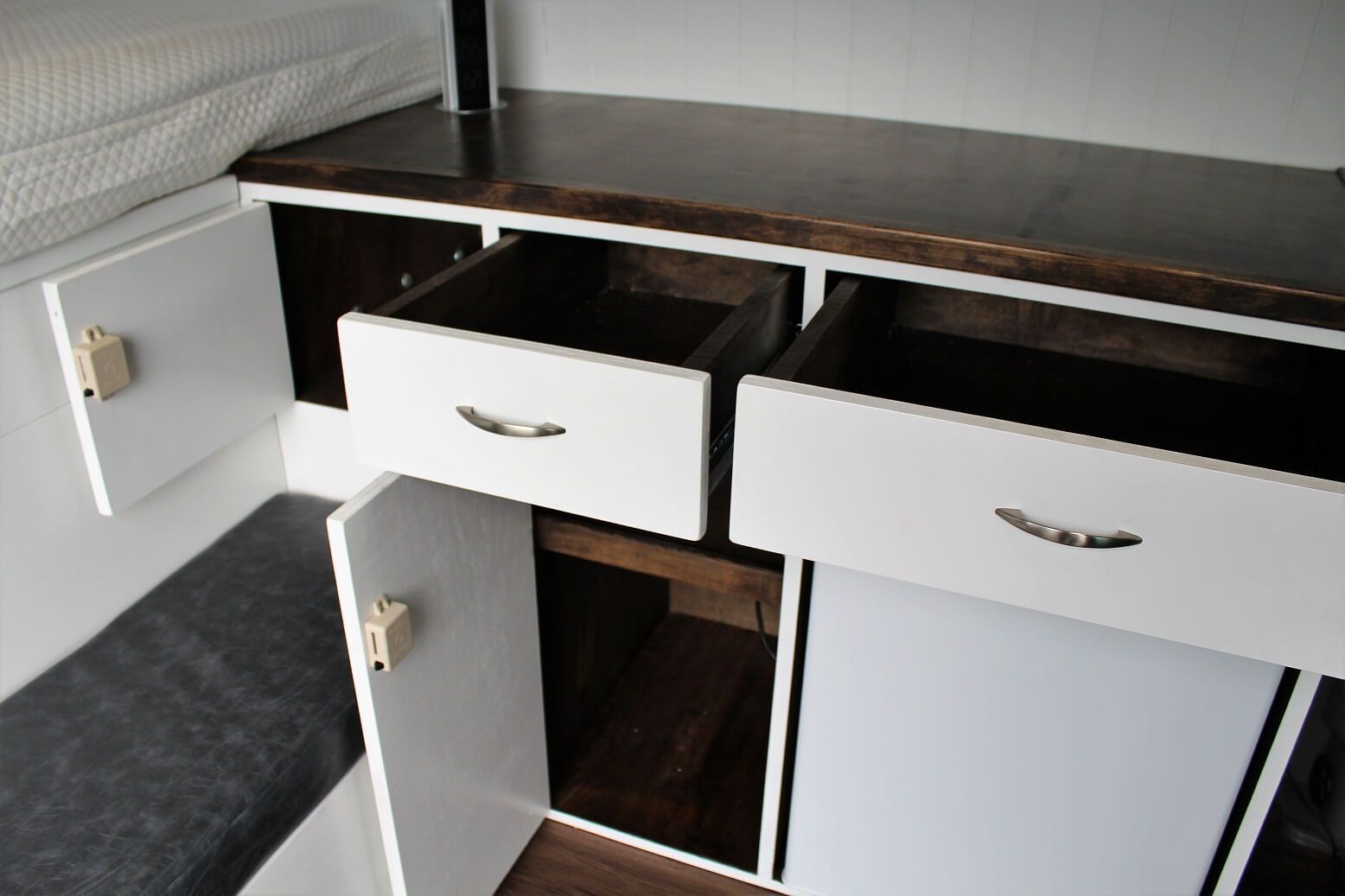 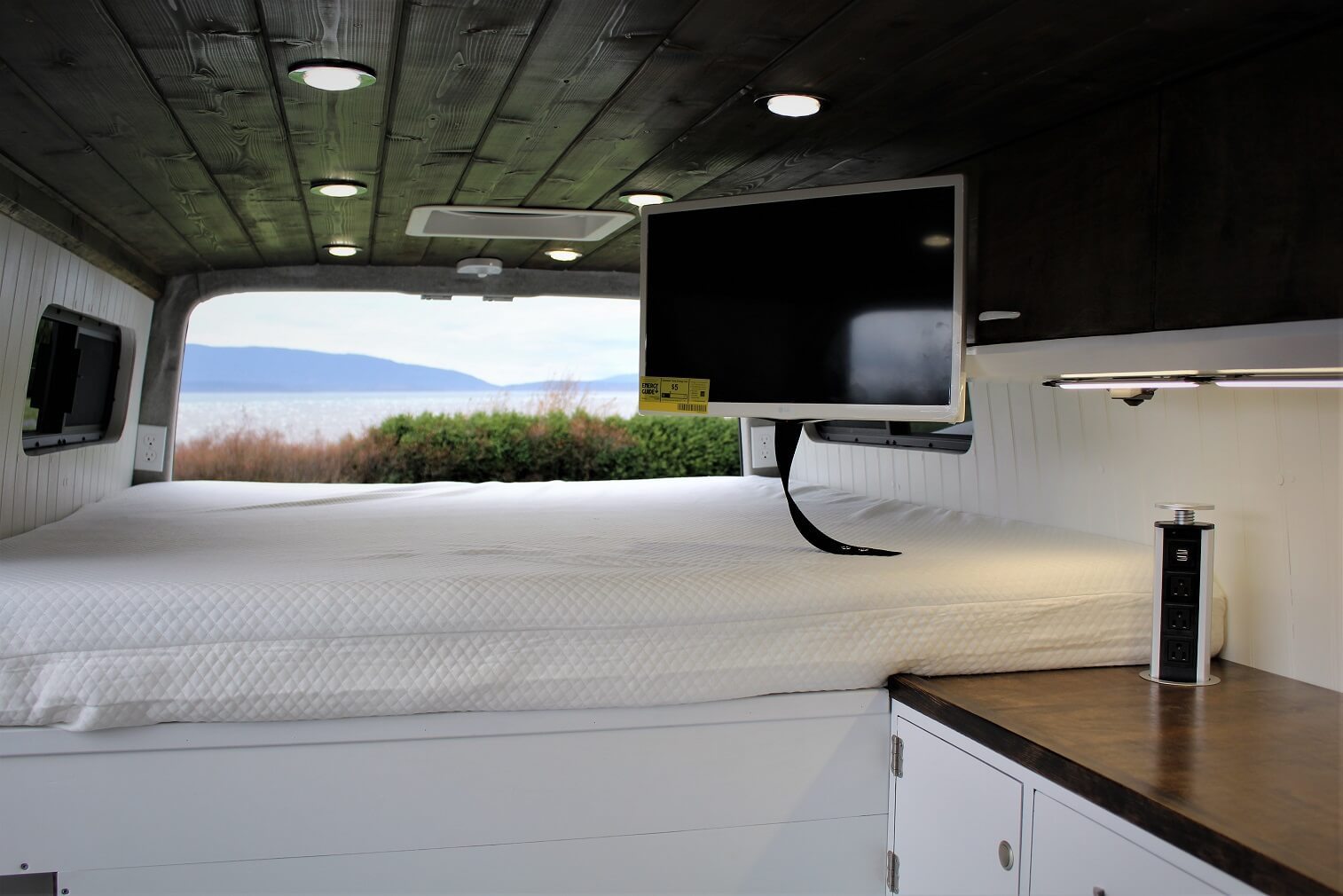 John, all smiles and stoke, came to pick up his newly converted 2011 Mercedes-Benz Sprinter on a blustery November day. Tom stood inside the new van with John to show him the completed work that had been done since August. The wind was barely heard or felt from inside the well-insulated van.

Over three months, we worked with John to build his dream van. We like to keep in mind that Freedom Van users might spend as much time inside the van as they do driving the van, so it’s imperative that this space is practical yet stylized. If John needed to bring everything to prepare himself for whatever adventure came his way, he needed plenty of storage space to stay organized. With this in mind, Freedom Vans built drawers that snap into a secured, locked position. The team also built in a stationary bench that has storage space beneath a movable seat cushion. We also added nifty cool things, of course, like a power strip that drops down into the cabinet, and an AMP power step.

We added a flat-screened television monitor that could connect to John’s Netflix, for those rainy days. The interior of the van is paneled with contrasting colors of white to dark brown, with motion-sensored lights in the overhead cabinets. For moisture control, we made sure to finish all wood with a water seal. We also installed a ten speed Deluxe Maxxair fan with remote and a waterproof shroud just to be diligent. We also lined the storage space under the bed with our standard coin-rubber flooring, so that any stored wet gear could wick off in a waterproof space. No one wants mildew growing on their clothes and gear.